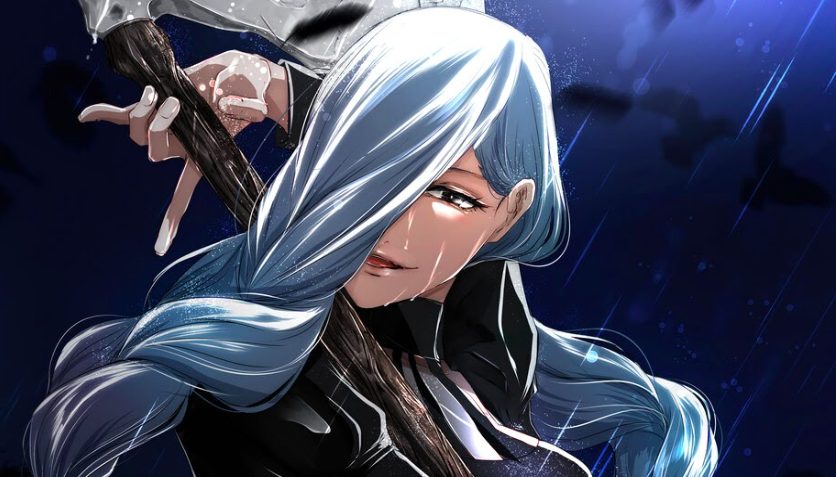 When mangakas illustrate the cover of a manga, they often employ various methods to convey a narrative via the picture. A few examples would be color, poses, lighting, and how each character speaks about who they are. The cover must be vibrant and eye-catching. George Akutami, without a doubt, is capable of producing appealing manga covers. Here we will discuss more JJk manga covers in detail.

One of the instructors of Tokyo Jujutsu High, Atsuya Kusakabe, may be seen on the cover of volume 13 of the manga as blood spatters in front of him, and he brandishes his sword in front of a backdrop colored in shades of purple. During the arc titled “The Shibuya Incident,” it was difficult for fans to connect with Atsuya. Self-preservation is the most important thing to him, beyond all other considerations.

Atsuya is even prepared to lie if it means he will live another day, such as when he continued lying to Panda so that he wouldn’t be alone, all the while directing him away from an area of special high-grade curse activity. It is an example of Atsuya’s willingness to do whatever it takes to stay alive. The cover of volume 13 depicts him acting in a manner consistent with paranoia. It seems as if his sword is covering his face, almost as if it were protecting him.

2: Volume 8 features Toji and his worm:

This eighth volume of the Jujutsu Kaisen manga continues the story from where the anime’s first season left off. It is the book in which readers are first introduced to Megumi’s father, Toji Ishiguro. George’s ability to create pictures with an ominous atmosphere by working with dark colors and giving them a moody appearance is one of his strengths.

This cover may be one of the better illustrations of this. Toji is located on a backdrop that is mostly dark, teal, and purple, and his worm is around him. As he cleans the blood from his face, Toji exudes a sense of both exhaustion and accomplishment.

3: Geto is seen in Volume 9 with a Dominated Curse Orb:

If there were to be a manga cover from the Jujutsu Kaisen series that was framed and shown in a museum, this one could have stood out the most. The events of this volume take place throughout the storyline, which delves into Gojo’s background. It should be no surprise that Geto played a key role in Gojo’s history.

On the front cover of this book, Suguru Geto is seen standing in front of a dark backdrop as his left hand holds out an orb that a curse has controlled to the observer. The outcome of his manipulation of a cursed spirit is an orb that a curse may rule. He must ingest the globe to execute this method, which grants him the ability to control afflicted souls.

The events of the Goodwill Event between the Kyoto and Tokyo Jujutsu Schools are covered in Volume 6. It is the event that Mahito and his crew hijack. The cover of this book may be interpreted in a few different ways depending on who you ask. To start, it shows Mahito using his Idle Transfiguration method on many individuals, mutilating their bodies so severely that they are unrecognizable.

In another light, it seems that Mahito is a puppet master who delights in wreaking havoc while wearing a sneering smirk on his face. The graphic presents Mahito in a troubling light, which is true irrespective of how the spectator interprets it.

When Mechamaru, also known as Kokichi Muta, was originally shown in the narrative, his body took the shape of a robot, which he controlled from a hidden cave since he could not move his own body. The tenth volume details his efforts to restore his physical health. To do this, he was giving information to cursed spirits, even though he was well aware of the impending betrayal that would inevitably occur.

The fight that he had with Mahito is shown in this book. This book has a cover that stands out for several reasons. It casts Kokichi in a sinister new light, displaying his mended body alongside a grey army of Mechamarus, giving the impression that he is haunted. While Kokichi’s robotic army looks ahead of him, he focuses his attention on the spectator.

One of the most eye-catching and unforgettable covers from the whole series can be seen in Jujutsu Kaisen Volume 11. Fans immediately fell in love with this depiction of Nanami as soon as it was available in shops. This image depicts Nanami in a manner that is both aggravated and unamused.

As he stares squarely at the viewer, he pulls his goggles back up his face and puts them back down. His method requires him to picture his opponent’s body in 7:3 ratios, and the guideline he employs is located behind him.

7: Secrets behind Gojo’s Blindfold in Volume 4:

To draw even more attention to Satoru Gojo, the picture on the front cover of volume 4 uses a very bright version of the color blue for the backdrop. It is another classic cover for the Jujutsu Kaisen manga that made it difficult for retailers to keep copies of the manga on their shelves for a while.

Gojo has shifted his distinctive blindfold to the side, revealing the color of his eyes. The brilliant blue is only a shade below the color of Gojo’s eyes. He extends his right hand toward the audience, but the observer can see that his fingers are covered with fresh blood from JJk manga covers.

The story of Choco, Eso, and Kechizu, all members of the Death Painting family, is shown on the cover of volume 7. Choco is seen in her entirety in front of a black backdrop on the surface of the book. The crimson that is in the environment forms the shapes of embryos that are contained inside a womb. While holding his siblings’ hands, Choso had a pained expression.

The hand of Eso can be identified on the left side of the image by the pink leather bracelet that complements the rest of his provocative outfit. The green hand of Kechizu may be seen out to the right. Choco is trying to keep his siblings’ hands from falling as a black paint trail pours down his face. It will never be known for certain whether the drips in the paint were caused by sweat or by tears.

9: Grotesque Nature of Mahito in Volume 15:

The hideous appearance of Mahito, which can be seen gracing the cover of volume 15, is set against a vibrant display of magenta and purple colors. Some of the most tumultuous occurrences throughout the series are covered in detail in volume 15’s chapters. Yuji is left to cope with the guilt of allowing this to occur as Sukuna goes amok and commits mass murder everywhere he treads.

In the meanwhile, Mahito manages to catch Nobara in his net. The artwork used for the cover is not only macabre, but it also conveys the sense of disorder that is contained inside this book. As he looks to be falling into a pit of blood, Mahito aggressively tears apart the right side of his mouth with his teeth.

Sukuna gets away from her captors and wreaks mayhem all over Shibuya in this chapter. Its fact is reflected on the book’s cover; its depiction of Sukuna shows him in an emotional state, eager to wreak as much havoc as possible; the King of Curses is depicted as standing in front of a backdrop that is a mixture of blue and red. He is moving his fingers rapidly in front of him.

He extends his hand toward the audience, and the viewer’s finger is dangerously close to being caught. He hides his face with his other hand and then pulls back his hand to expose a mouth on it while grinning maniacally as in JJk manga covers.