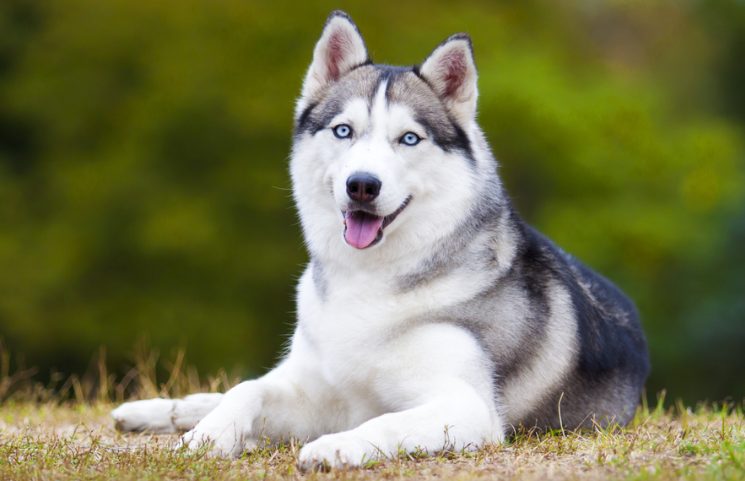 Can huskies talk? You may get hundreds, if not thousands, of hits when you search YouTube or TikTok for “Huskies conversing.” Siberian Huskies are well-known for their expressive vocalizations, which include a wide variety of noises that may be interpreted as “talking,” such as whining, shouting, howling, and yelping. Let’s find out if can huskies talk.

How Do Huskies Talk To One Another?

Huskies use their voices primarily to share information with the members of their pack, whether that’s other huskies or their human family. This ancient breed, the Husky, shares a lot of DNA with his wolf ancestry and is also a group animal like the wolf. Huskies were bred to pull sleds and were designed to cooperate with other dogs. Thus they have developed a unique system of vocal communication to help them stay alive in huge packs.

How They Transmit Information?

A husky’s call may be heard from great distances, and the dog can employ a variety of tone patterns to communicate with others. If a Husky and his pack become lost or are in danger, he may sound out to alert the others. If a pack member cries, someone is likely wounded or in difficulty. A volume change might signify “slow down” or “we’re halting,” respectively. Changes in vocalizations transmit information. Those who have had more than one Husky can attest that their dogs frequently seem to be carrying on whole conversations with one another.

Why are there so many videos of Huskies purportedly speaking the human language? Huskies are excellent imitators of human speech because they are so attuned to the nuances of human vocalizations. A Husky could mimic the phrase “I love you” if it is spoken frequently enough in the same tone. Huskies are known to be a very talkative breed. Therefore it’s common for them to react to their human voice with one of their own. According to research by Harry Miles Johnson of Johns Hopkins University in 1912, dogs are capable of “the generation of vocal sounds which cause illusion in the hearer.”

Do Malamutes and Huskies have the same language?

The Siberian Husky and the Alaskan Malamute are well-known for their distinctive howls while working as a pack. They must have used verbal communication, especially because they were pack animals. Both canines have similar looks and personalities but are not likely related. Barking is not a major trait of any of these dog breeds. Although howling is their only means of communication, they will likely do so whenever given a chance.

Why Huskies Are Vocal Communicators?

As far as we know, no dog can communicate verbally since it’s just not part of their natural repertory. However, huskies are a breed that is well-known for having high verbal intelligence and an extensive vocabulary. They have the potential to become even more effective with training. Because huskies are social dogs, they converse with one another to maintain harmony within the group.

Can huskies talk? How do they communicate? It’s not unusual to see a talking husky on the street since these dogs need to be constantly heard and caressed. Given their shared wolf ancestry, these dogs are naturally social and enjoy engaging in mutually beneficial interaction and communication. The barking of other dog breeds is almost as distinctive as their appearance.

Now we find the answer can huskies talk? The owners find the Husky’s speech adorable, funny, fantastic, and every other adjective imaginable. They may not think it’s beautiful music if their neighbors hear it. Ten kilometers away, you may hear a Husky howl. A 10-mile path may have many neighbors. What percentage of people find your talking Husky annoying? The moment may have come to question whether or not the communication itself is the problem that needs fixing.

Do Huskies communicate with one another?

And the answer is yes. For dogs in general, and sled dogs in particular, vocalization is the primary form of communication.

The nightly howling of Huskies has always puzzled humans.

We are still determining what the solution is. Their wolf ancestors undoubtedly taught them to howl.